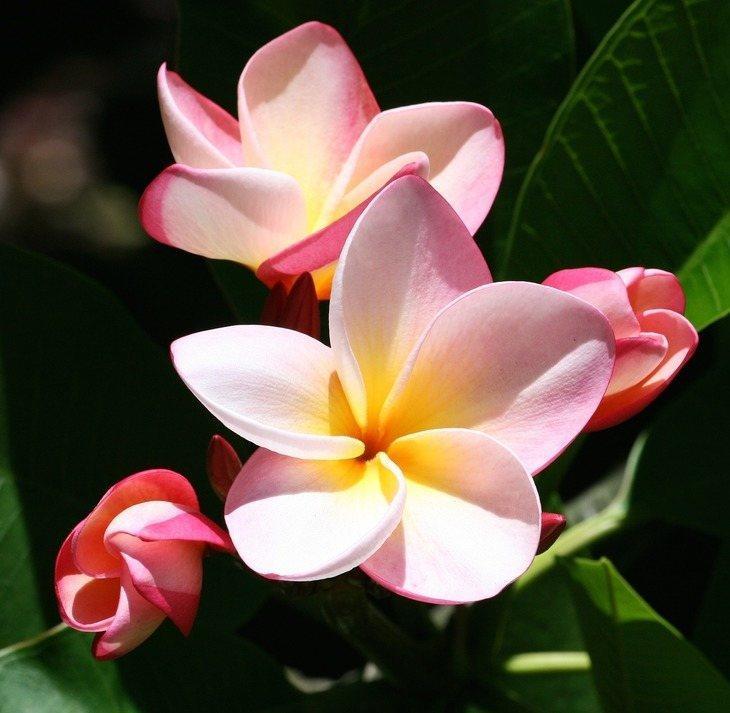 I took a Ho’oponopono weekend training on a whim because it felt like the right thing to do. I started practicing Ho’oponopono immediately after the training ended. Two months later I heard Inspiration say that it was ok to quit my corporate job and start a flower shop. I was so ready and happy to quit my job but starting flower business from scratch? I figured everyone would think I was crazy! But as I was leaving my well paying secure job in San Francisco, my boss said, “Wow that’s great what you are doing. I wish I could do that”.

I did not tell anyone that this had never actually been a dream of mine, that I had no retail experience and oh by the way no experience in the floral industry! With my business degree and small savings I found a space in which to create from scratch a floral shop. Within weeks of opening the shop, I got comments from clients like, “I don’t want to leave this shop. It feels so good to be in here,” and “you are so lucky to be working with flowers. Were you trained in Paris?”

I would laugh and think to myself how can I explain to them that I have NO training or background in this business. I was still just trying to learn the names of all the flowers! My secret to the floral business was to clean with Ho’oponopono before, during and after the shop closed.

I would clean on the way to the San Francisco flower market. I found that I did not need a list of flowers to purchase, that the flowers would actually tell me which ones were to come back to the shop with me. A few times I questioned this when I started to doubt that I really needed to purchase a certain type of flower. Every single time this happened by that same afternoon the phone would ring for an order of that exact flower.

If I cleaned the flowers would talk to me in different ways. Sometimes I could taste the different colors and knew immediately that I was working with Inspiration. Sometimes I would step back from a grand floral arrangement that I had just designed and look at it in amazement wondering who made it because I certainly didn’t know how to do that sort of thing. When my hands would take off working away quite quickly, I knew Inspiration was doing the work. I just tried to keep my thoughts quiet and clean so that I would not get in the way of Divinity’s work.

Life is so easy if you just let go and trust that Divinity will guide you along the right path. It is easier said than done. I still work every moment of everyday on letting go and trusting even after all the wonderful things that the I has given to me. Amazing how hard we make life and yet how simple life can be! 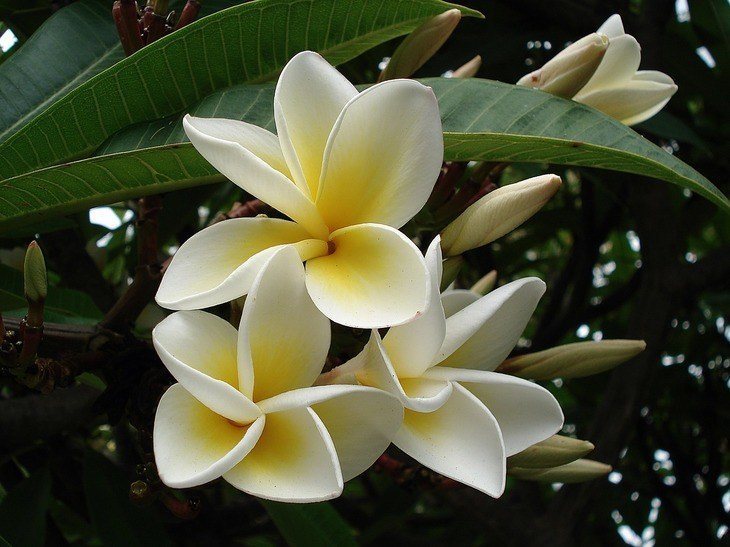 I want to share with you something absolutely amazing that is putting me in tears every day since Sunday.

I broke my neck in 1997 which initially left me paralyzed from the neck down. I have since had a lot of therapy and obviously walk again!!

The last 6 to 7 months, I have had some major problems/issues with my neck and it holding so much stress in and around the injury area. This became very bad especially after I stopped smoking (through HO OHPONOPONO) and the stress/anxiety would hit the area of my broken neck. The pain sometimes so intense that it would feel like the day I broke my neck. I had recently began going to acupuncture to relieve some of the pain…. BUT I still had bouts of the pain throughout my day. I was pretty much told that my posture needed major overhaul/therapy because for the last 15 years, I have walked incorrectly and with bad posture from the broken neck.

While at the class on Sunday, the pain began to bother me. Of course, I was doing HO’OPONOPONO on it, but none the less, it was still beginning to become a bit painful.

As you know, at the end of the day, we were given the demonstration of the balancing exercises. I had to push myself to get up there, but I did and was one of the three individuals who was guided to do a “Live Demonstration”. As I laid down on the sheet, I found that my neck was screaming in pain and my mobility to move it to the side was not good. I proceeded to listen to Mary’s instructions while Ihaleakala sat crossed legged(Indian style) at my head. He said nothing, but one word “Perfect” when I was doing “Exercise 2”.

When finished I got up and knew something was different, I just did not know exactly what. My friend looked at me and said “Does Your Neck Feel Better?” (I had never mentioned to her that I was in pain). I looked at her and said YES, it does.

Still not giving much thought to “No Pain” because I would have relief of pain at times so for the pain to just go away was not anything unusual. And for the pain to come rushing back was not unusual either. As of Today, I have been pain free from my neck since the exercise which is amazing, BUT that is just the beginning!!!!!!

I COMPLETELY WALK DIFFERENTLY AND MY POSTURE IS HOW IT WAS BEFORE I BROKE MY NECK. I am flooded with tears everyday over this as it sinks in as to what has really transpired here. I have no hunch over anymore with my neck bending over as I walk. This is unbelievable, but believable at the same time….

As we spoke at the workshop, I have only been exposed to Metaphysics since last July and introduced to HO’OPONOPONO in early April of this year. I have had many many many wonderful things transpire in my life. It just goes on and on and on and on…… BUT my neck is absolutely amazing and a COMPLETE MIRICLE………. I have been personally touched and sprinkled with the magical blessings of You, Mary and Ihaleakala!!! 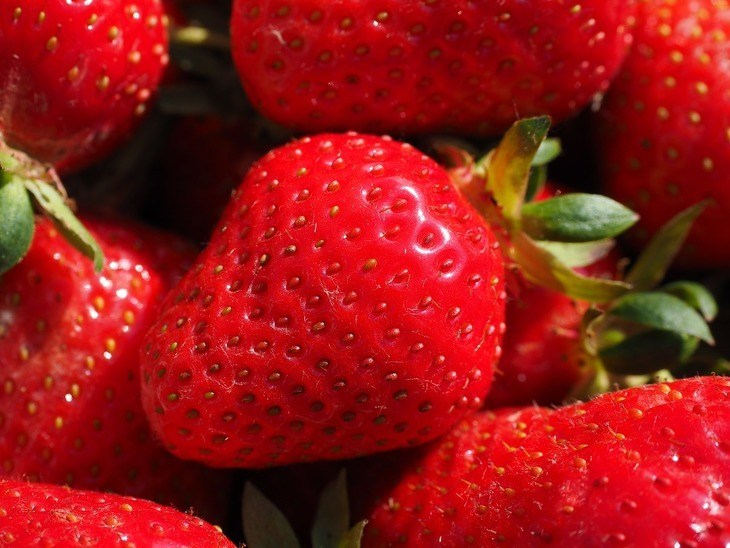 In May of 2005, I suddenly fell ill to what I can only describe as a nervous breakdown. I don’t even know if that would accurately describe it. All I know is that my husband thought I was ready to leave the planet. For five days my heart would race at way over 100 beats per minute. I could not sleep but could only pace the floor. When I tried to sleep, I was so scared because I literally felt my heart stop. I was in a constant state of panic. My little boy was 2 years old at the time. This was when I lived in Hawaii and my current doctor was a Naturopathic Physician. I didn’t have great luck with western medicine, but when my N.D. couldn’t help me, I had no choice but to go to the ER, where I was admitted to the Psychiatric Ward.

The doctors kept overloading my system with antidepressants and anti-anxiety medication, because they could not figure out what was wrong with me. I had never been a depressed person, nor had I ever taken antidepressants in the past. They insisted I was depressed and gave me dosages that I would perhaps give an elephant. From 2005-2008 I was hospitalized in a Psychiatric Unit four times. The antidepressants were not working and I kept getting worse. I wanted to leave the planet many times as I suffered excruciating emotional pain and anguish. My doctor’s solution…give her more drugs. I remember living in Boston, reading….. book about how no medication had helped her depression and how she went to Massachussetts General Hospital and had shock therapy. Living in Massachussetts, I thought it was my only way of surviving.

In early 2007, I remember watching ……. introducing "The Secret" to the world on…... I felt this rush of excitement. I hadn’t felt excitement in a very long time. After the show, I drove to a bookstore and started learning how to visualize and making my wildest dreams come true.
( I could never manifest good health however, and continued to suffer.) My caveat is I did manifest my family moving to San Diego and it was thrilling, having that happen. I knew there was something way beyond anything I had ever known or been taught in the past, as our moving to SD was nothing short of a miracle.

I started studying various energetic healing modalities and in early 2008, I learned of Self I-Dentity Through Ho’oponopono. I studied and did the "cleaning" process religiously. The depression went away and I threw all of my addictive antidepressants, anti-A.D.D. and anti-anxiety medication in the trash. I haven’t taken any medication whatsoever since November 11th, 2008; currently it is January 29th, 2012.
I feel like a million bucks and still do my "cleaning" even today, even as I type this.

Self I-Dentity through Ho’oponopono is immense with profound blessings, wisdom and beauty. I hold this like a treasure, next to my heart and I am deeply grateful to God, for giving me this most sacred gift.

Be te first to know about new IZI LLC sponsors Self I-Dentity through Ho'oponopono® classes. Read new articles and view new videos while they're hot.
Thank You Bonus included!